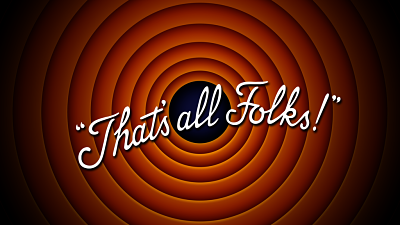 Amy – I always loved the Saturday morning cartoons from the 80’s including:  He-Man and She-Ra, Gummy Bears, Snorks, The Smurfs, The Garfield Show, The Care Bears, Pound Puppies, Strawberry Shortcake, Rainbow Brite, Scooby-Doo, The Transformers, Hanna-Barbera cartoons and Looney Tunes—the list keeps going.  It was always such a disappointment when Soul Train came on!  Now I don’t watch cartoons often. I’m not a fan of a lot of the new cartoons but still watch some of the older ones if I see them on cable.

Ashleigh – I don't think I could pick a favorite cartoon—I'm a big kid and love cartoons! I really like Bob's Burgers, though. It has an off-beat humor that cracks me up every time.

Cathy – Scooby-Doo was my favorite cartoon—who wouldn’t want a dog like Scooby?

Chuck – Now: Family Guy, South Park, Bob’s Burgers and The Simpsons (in that order)!  When I was a kid, though, the Disney afternoon rocked… Gummi Bears, DuckTales, and TaleSpin.

CW – So much Anime. For American cartoons, almost anything Hanna-Barbera, with some of the Cartoon Network old-school originals like Ed, Edd, n Eddy, Dexter’s Laboratory, Samurai Jack, etc. Futurama and Archer for something a little newer.

Dan – My favorite cartoon growing up was The Simpsons. I remember it was a huge deal when they started showing reruns every day!

Frederick – I’m not much of a cartoon fan.

Jandy – My all-time favorite has got to be Bugs Bunny! I can quote many an episode. However, I have many fond memories of watching: Mighty Mouse, Underdog, Kimba the White Lion, Casper the Friendly Ghost, Speed Racer, The Flintstones, The Jetsons, The Yogi Bear Show, Quick Draw McGraw, Felix the Cat, Woody Woodpecker, Road Runner and The Adventures of Rocky and Bullwinkle and Friends.

Jo Ann – It’s hard to go with just one. One of my favorites was The Magilla Gorilla Show. Magilla spends his life in the front display window of a pet shop run by Melvin Peebles. He’s bought several times only to be returned to the pet shop. I loved the back-and-forth antics between Magilla and Mr. Peebles!

Kris – I never have been much of a cartoon fan.

Laurie S. – Land of the Lost and H.R. Pufnstuf! They were Saturday morning but not exactly cartoons…just animated people in costumes. As an adult, I love Bob’s Burgers! That cracks me up!

Laurie T. – My favorite cartoon growing up was Family Circus.  The cartoon reminded me of my own crazy family circus.  I have a brother that is, “Not Me.”  I really loved Billy’s adventures.

Mark – I was a big Batman fan! I always was amazed how he was able to outthink people and fought crime without any super powers--with only himself and self-taught, self-built tech. He is a flesh-and-bones human with flaws like everyone else. However, he is an expert in martial arts and has a really inventive mindset. Plus, he is what made DC dark and serious, more so than most of the DC superheroes out there.

Marybeth – Saturday morning cartoons were a fixture in my house growing up. I especially loved Underdog and Speed Racer. And, of course, The Flintstones were ubiquitous—I’ve possibly seen all the episodes a dozen times!

Melissa – I don’t really have a favorite cartoon. I can’t even think of one, other than what my son, Liam, watches.

Mike – I guess classic Bugs Bunny is probably my all-time favorite. Currently, though, I have been known to watch Teen Titans Go! more than a grown man probably should. 😊

Nina – My favorite cartoon has to be Bugs Bunny. Not only does Bugs do it all, he (or she, depending on mood), does it to amazing classical music. There are so many times I will hear something that will remind me of one of those classic episodes.  Being a Yankee fan, my favorite episode is, of course, Baseball Bugs!

Pat – I love Bugs Bunny and The Flintstones. They still make me laugh!

Paula – Growing up, Saturday mornings was something I always looked forward to.  I distinctly remember my mother coming home from food shopping with bags filled with all different types of cereal.  I would grab whichever cereal had the best prize inside and sit down in front of the TV for the next several hours, watching my favorite cartoons.  I was, and still am, particularly fond of The Flintstones, The Jetsons and the Road Runner.  I wish I could go back in time to those carefree days.

Thomas – I always enjoy watching an episode of The Simpsons, Family Guy and Rick and Morty.

Tracy – The Adventures of Rocky and Bullwinkle and Friends, Pink Panther, Felix the Cat, Fat Albert and the Cosby Kids, Danger Mouse, DuckTales, Chip ‘n Dale: Rescue Rangers, Dexter’s Laboratory, The Simpsons, Futurama, How the Grinch Stole Christmas (the original), and any of the Peanuts holiday specials.