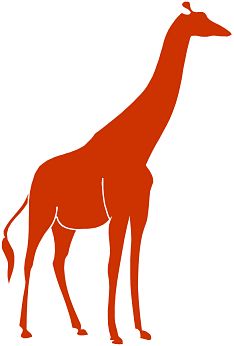 This past April, technology allowed us to usher in a member of the next generation—April the giraffe and her calf!  Much like in the animal kingdom, new technology is being developed and born into the digital world every day.  New technology, much like baby animals, needs time to grow and mature into their fully developed potential.  But just like having a new puppy around the house, you can expect a lot of fun and surprises as we watch the latest technology live up to its name.

Standing tall amongst the latest and greatest developments is none other than the Windows 10 Creators update that also debuted in April.  The new update promises a smorgasbord of new features, performance optimizations, and aesthetic additions that have us very excited.  Sticking its neck out from among the crowd is the Creators update's venture to embrace 3D technology and virtual reality.  Virtual reality has been an up-and-coming technology that's full value has only just begun to surface.  Software providers, such as Windows, are embracing the concept of virtual reality and provide a platform for applications that can be used for both personal and professional use.

The Creators update will add a new version of MS Paint, implementing 3D support and 3D model design.  That means anyone with the new Windows 10 update will have access to 3D design tools and can architect their own ideas without having to look to other more expensive programs.  The update will also introduce Window's Mixed Reality, allowing virtual reality integration with the world around us.  Imagine being able to create a workspace, much like any other physical space, but decorating the walls with your everyday applications and custom 3D inventions.

The update also promises to address other areas of computer use as well.  The update plans to reduce eye strain by implementing a setting referred to as Night Light.  This will adjust the type of light emitted by your monitor during evening hours to help ease eye strain.  Research suggests that blue light can inhibit the production of melatonin and negatively interfere with our natural sleep habits.  Having technology that begins to support overall health can reduce stress and make our daily routines more enjoyable.

Microsoft is also gearing up to make your day easier by optimizing existing features like Cortana and Edge to offer more options and improved performance.  As technology gets smarter, applications like Cortana will be able to integrate with other platforms, allowing you to stay organized throughout your day.  Edge, on the other hand, will now offer a more intuitive browsing experience—allowing you to organize the inordinate number of tabs that currently monopolize your screen as well as multitask without losing your place.

Plan on a few other bonuses too, such as books coming to the Windows Store along with other performance improvements and visual customization options.  The next generation of technology offers a myriad of benefits just waiting to be unlocked by your company.  All major software updates may have unexpected bugs or issues initially.  Utilize our IT Radix expertise to research and test before installing and rolling out to your users.

First published in our June 2017 IT Radix Resource newsletter

Contact us below for a free 10-minute tech consultation!